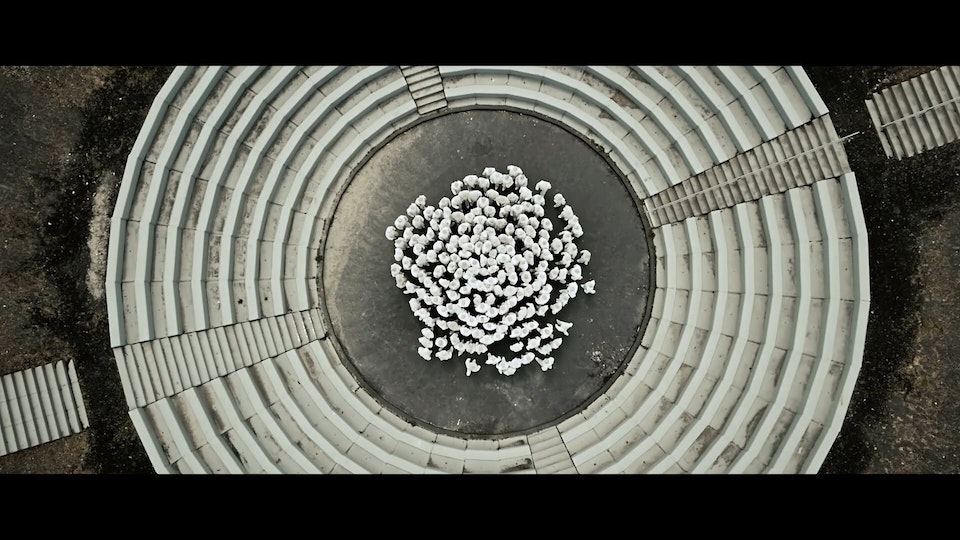 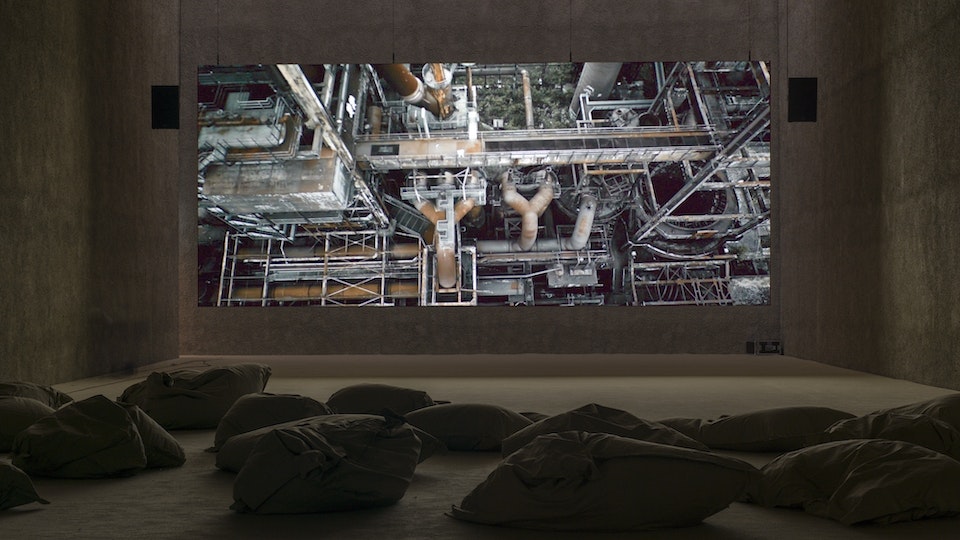 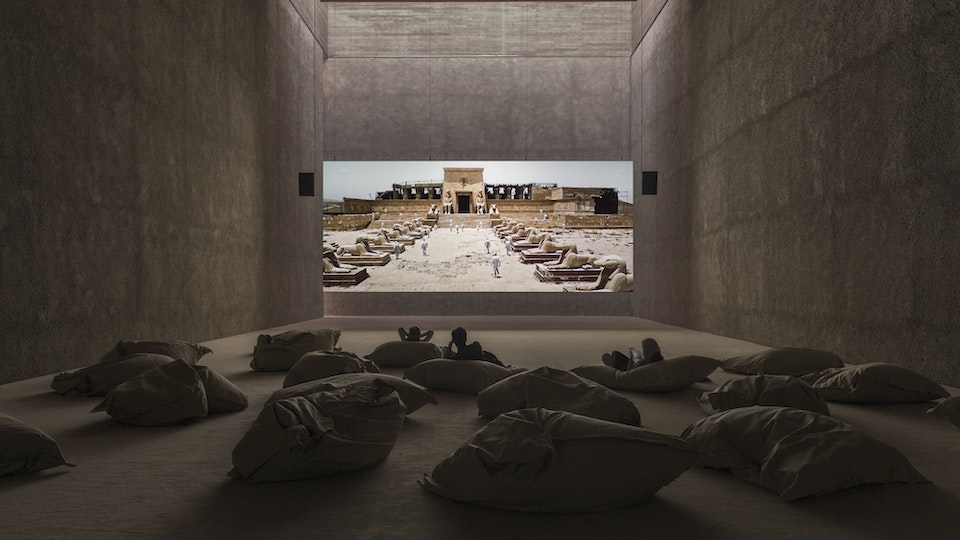 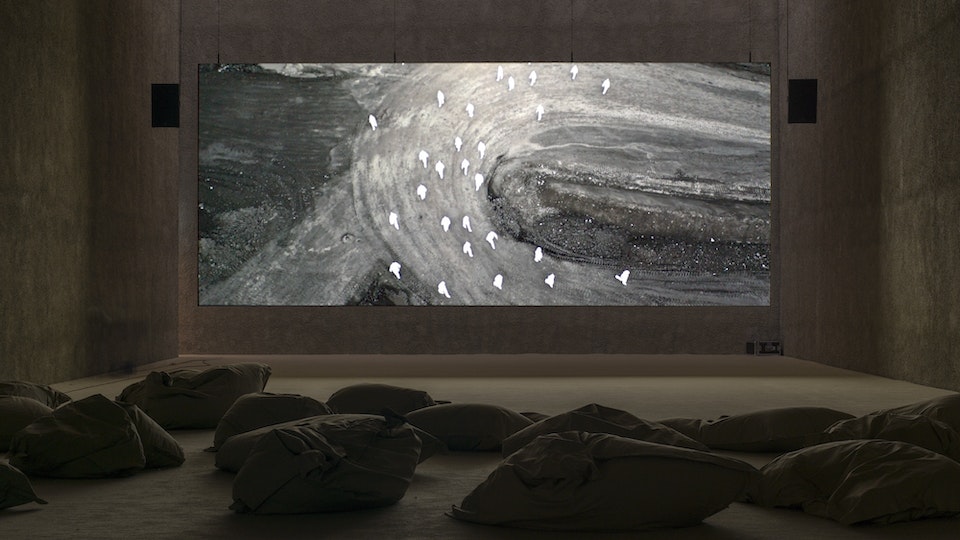 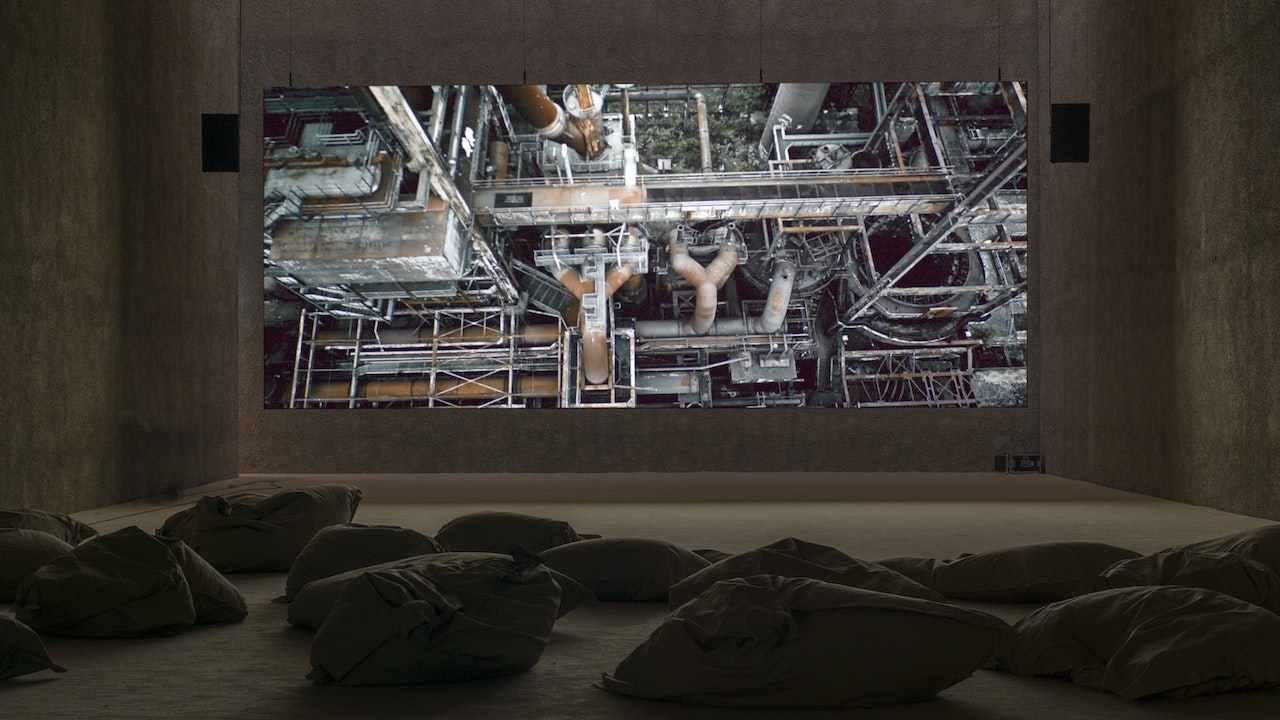 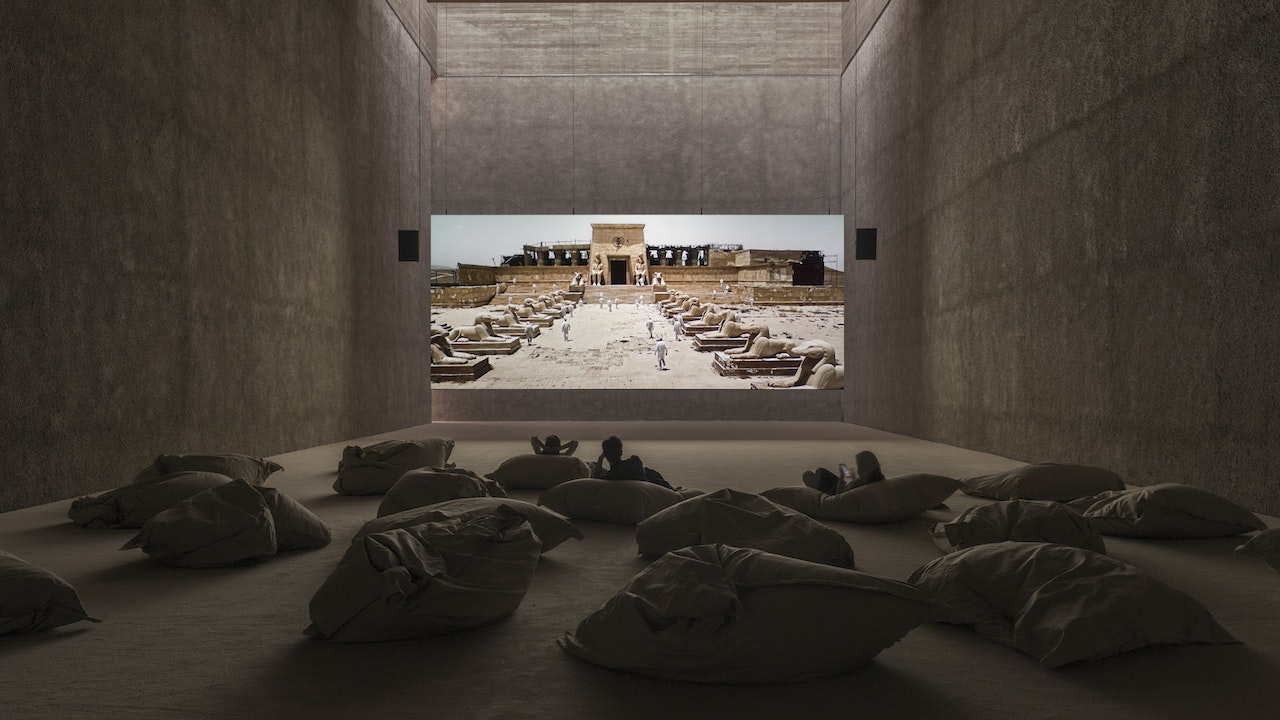 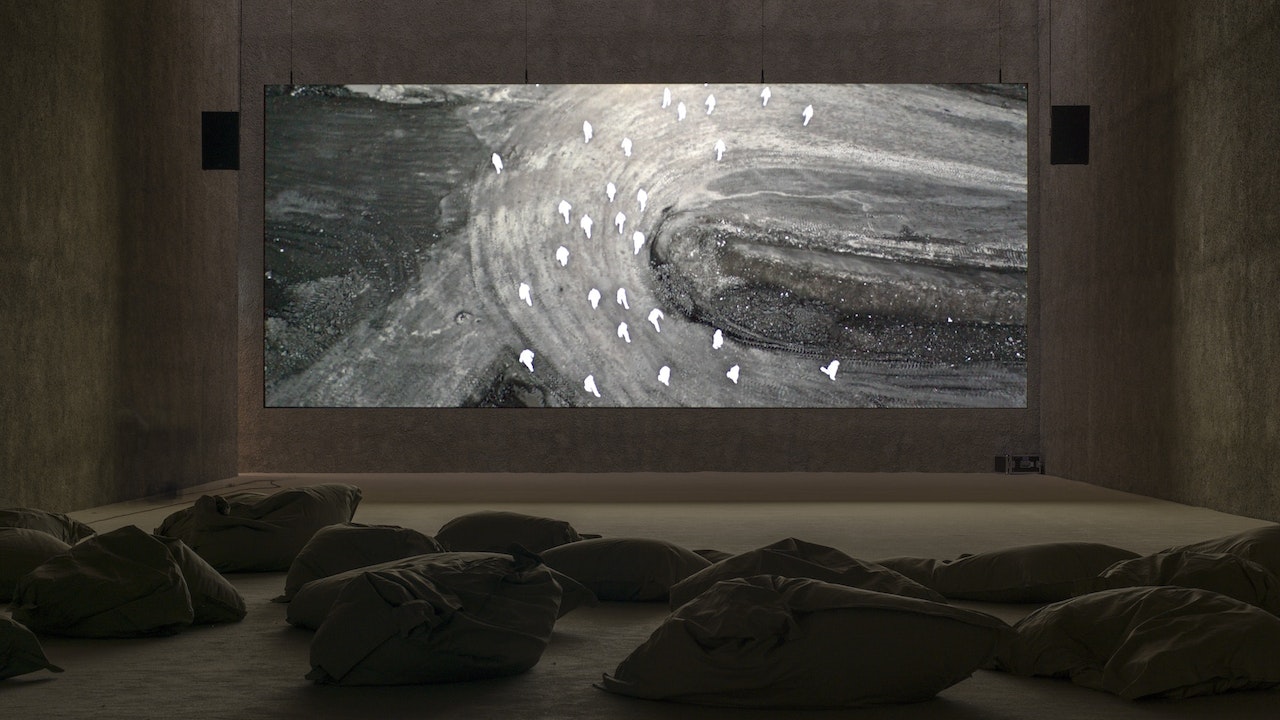 IN THE LAND OF DROUGHT

A condensed version of Rosefeldt's filmic interpretation of Joseph Haydn's The Creation and conceived for the Ruhrtriennale 2015, In the Land of Drought (2015/2017) confronts the relationship between man and his impact on the world. Set to atmospheric sounds and a pulsating hum, the 43-minute piece looks back from an imagined future upon the post-Anthropocene: the aftermath of significant human influence on Earth. An army of scientists appear to investigate archeologically at the remnants of civilisation after humanity has made itself extinct. Shot entirely using a drone, Rosefeldt's images hover meditatively over the desolate landscape and ruins. Connoting surveillance, the drone's bird's eye view removes human perspective with us onlookers kept at a distance throughout.

Increasingly, more figures dressed in white lab suits emerge to inspect the ruins of civilisation – which are in fact abandoned film sets close to the Moroccan Atlas Mountains. The overall-clad bodies appear in stark contrast to the dull landscape, like alien visitors who were perhaps once familiar with this ruined wasteland.

Halfway through, the audience is transported to the comparably bleak Ruhr area of Germany where the remains of industrialisation lie. The same 'scientists' prowl the abandoned mining region, amidst the headframes and coal-pits, wandering across lonely land before finally descending upon an amphitheatre. As seen from the audience's heavenly outlook, the amphitheatre resembles an eye, and its all-seeing ability is reflective of the panoptic aerial viewpoint. Thus, a dialogue unfolds between the two perspectives of control: the eye on the ground and the drone's eye overhead. As the steady hum livens to a climatic rhythm, the figures draw close only to disperse again. Reminiscent of cell division, the unifying aesthetics hint at a prospective optimism amidst a dislocated world man has created.